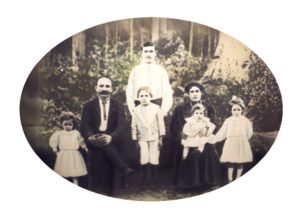 Our family story begins in Villa di Tirano, a small village in the Valtellina valley of Lombardia in the foothills of the Italian Alps. In 1904, our great-grandparents Leone (Leo) and Maria Poggioli emigrated to Australia with their infant son Guido looking for a fresh start in a new country full of possibilities.

A year earlier Maria's uncle, on a visit back to Italy, told the young couple about his own success on the Atherton Tableland and the wonderful opportunities to own their own farmland. He encouraged them to emigrate and work on his farm with him until they got settled. They arrived in Cairns around the 4th April 1904 after a 42 day journey by sea with everything they owned in a couple of trunks and a single penny to their credit to begin their new life. 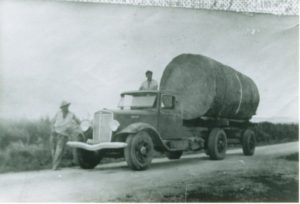 Leo soon found work in the timber industry after winning a tender to clear roadways for the government. He also found work laboring in a local sawmill at Tolga. In 1907 he and Maria purchased a small 50 acre property on the Tolga-Kairi Road and immediately set about clearing their selection by hand a little at a time and planting maize on the cleared areas. It was here that they raised their family of 5 sons (Guido, Ricardo, Wallace, Itelo and Edward) and 3 daughters (Lena, Pia and Alma). We are proud to say that ownership of this very first Poggioli selection is held by members of the Poggioli family to this day. 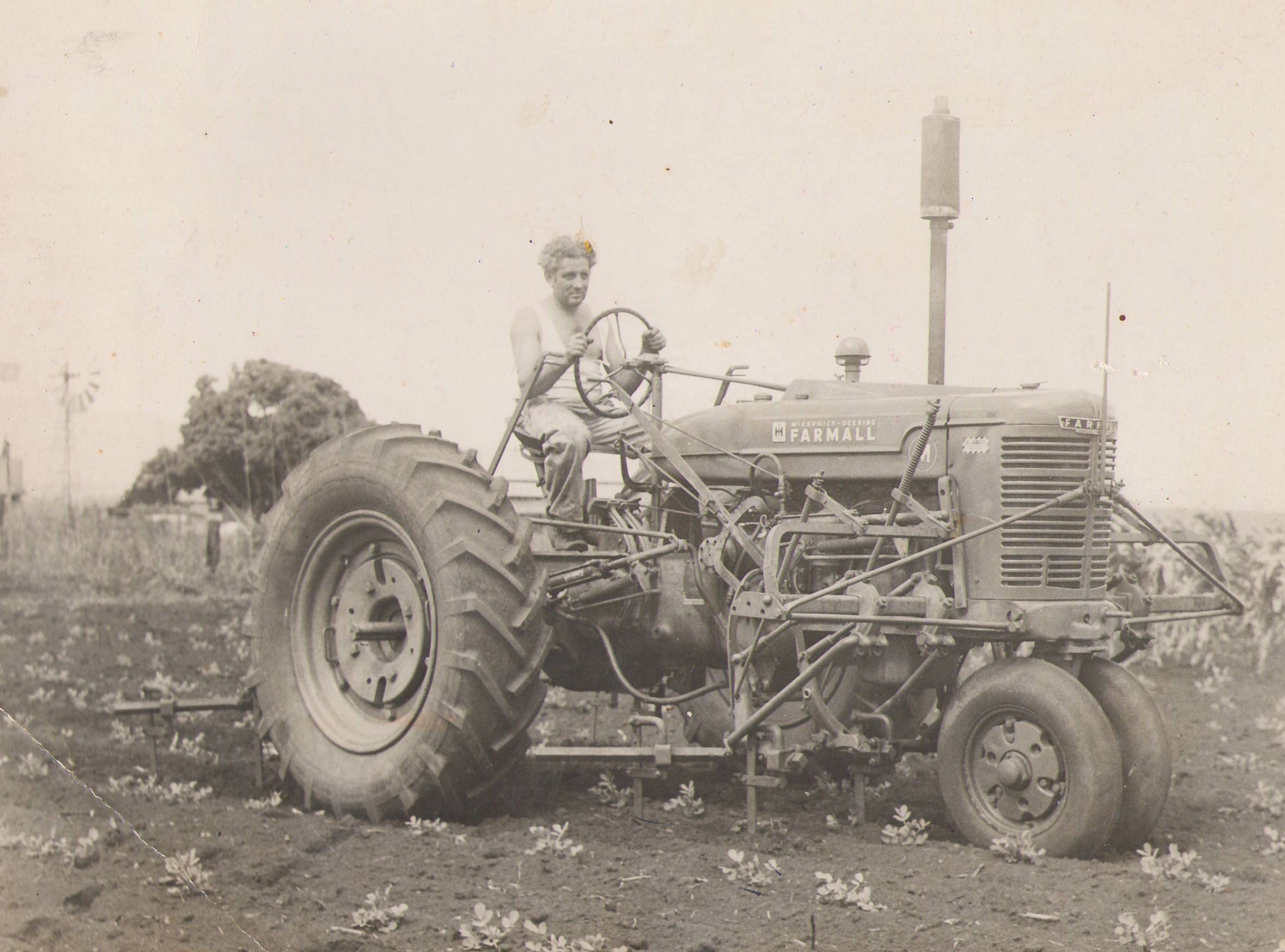 As the 5 Poggioli brothers grew, they joined their father Leo in the timber industry while purchasing additional properties to grow their farming business. Eventually as the requirement for timber clearing diminished the family developed their farming enterprises on a full-time basis. By this time the brothers were marrying and having families of their own. As the family grew larger and larger they each began their own enterprises and to expand for the next generations.

Our grandfather Ricardo and wife Hazel purchased their own properties at Tolga and Kairi. They grew maize, peanuts, pasture seeds, legumes and also operated a dairy. After Ricardo and his wife Hazel retired to Brisbane in 1971, their eldest sons Guido and Ian took over the properties and continued farming with their wives. 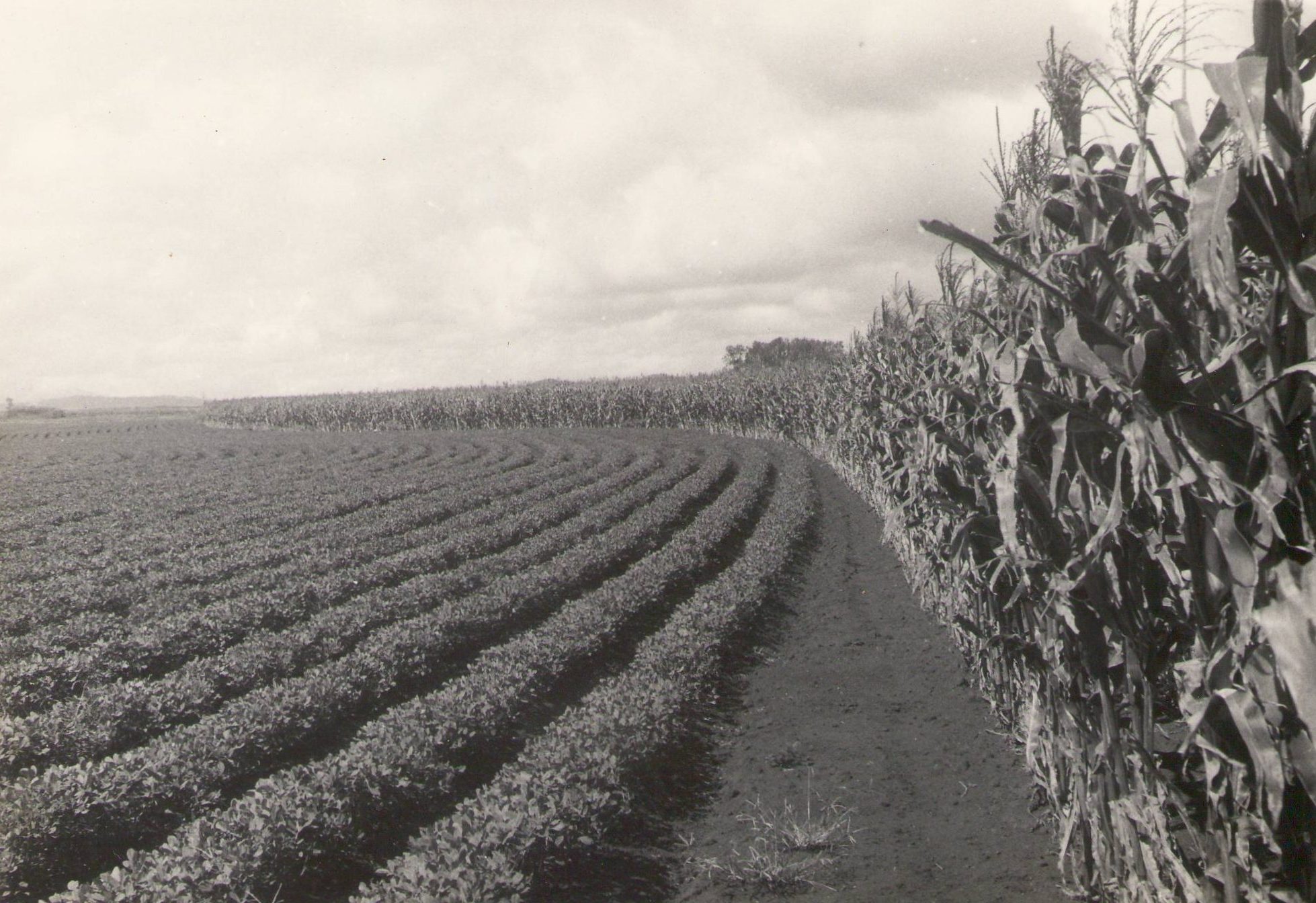 Ian and Jan married in 1971 and soon began their family of 4 children: Sandra, Matt, Ricardo and Daniel. In 1972 they moved to the Yadjin Road property that became home to their family and is still headquarters of our business today.

During the 70's and 80's peanuts soon became the king of crops with the development of new processing facilities at Tolga by the Peanut Marketing Board (now known as the Peanut Company of Australia).

With the development of sub-artesian irrigation in the 1980's other broad acre crops could be seriously considered for the first time. Irrigation provided opportunities for fruit and vegetable crops of all kinds to be widely grown across the Tablelands and at various times throughout the year. 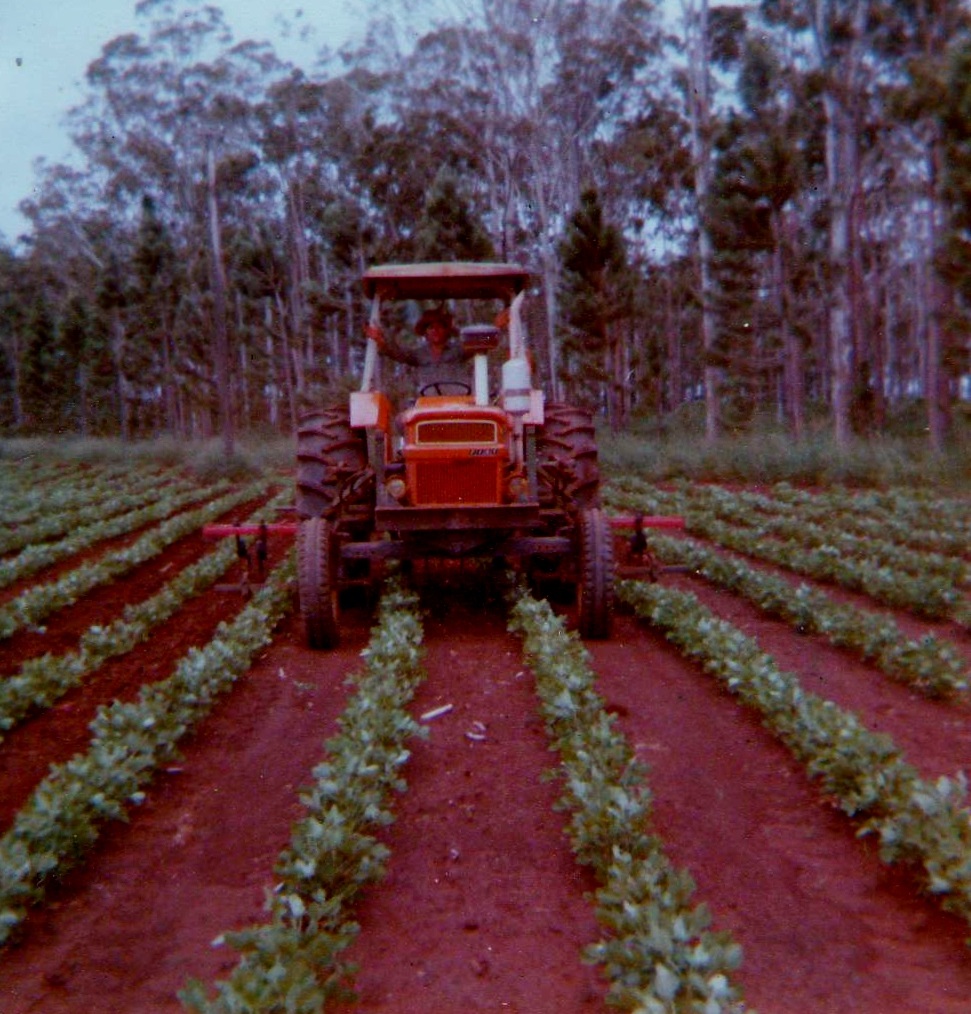 Potatoes became a successful and valuable winter crop to grow in rotation with the summer crops of peanuts, maize and grass seed. The mild, but cool winters meant that we could produce potatoes at different times to many other traditional growing regions.

During the 1980's Ian saw opportunities to expand into the fodder industry, value-adding to his tropical grass seed crops. Producing quality hay fodder for the cattle industry became a passion and soon he was supplying hay to cattle stations and feedlots across Queensland and the Northern Territory.

Eldest son Matt returned in 1997 to join Ian and Jan on the family farm. The business grew to include contract hay baling and seed harvesting.  In 2000 commercial seed cleaning and grading facilities were added to the suite of services available. A state-of-the-art seed cleaning machine was imported from Denmark and a purpose-built shed erected to house the cleaning plant at 14 Yadjin Road. 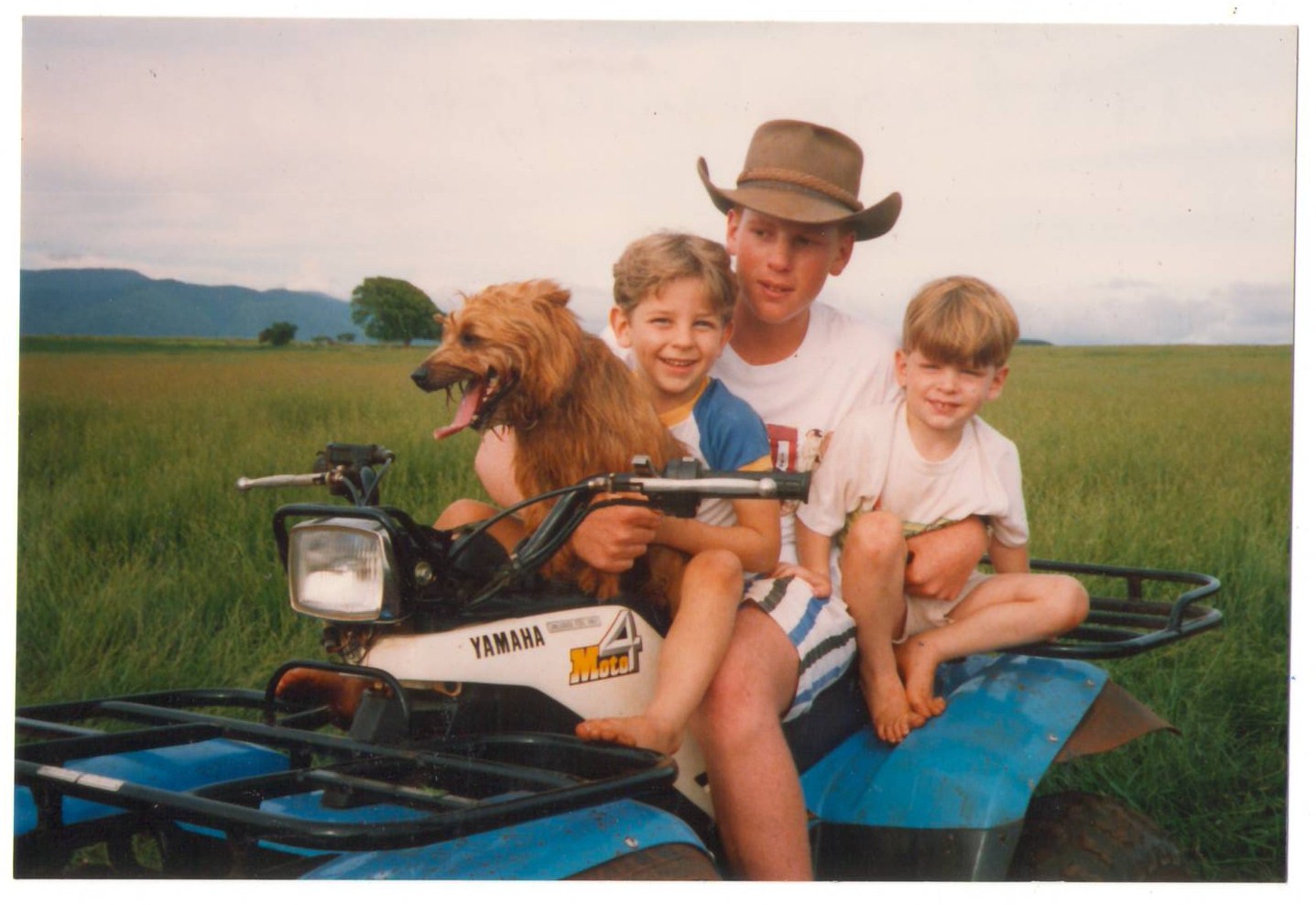 The 3 Poggioli Brothers with "Buster". The boys grew up with a passion for farming.

In 2001 Ricardo and then in 2007 Daniel joined the family farming business. Throughout the 2000's and 2010's with the additional muscle and productivity provided by their sons, Ian and Jan's business expanded rapidly. After many years working as part-time bookkeeper for the family, Sandra joined the business full time in 2007 managing all aspects of administration for the business.

In 2014 the family decided to incorporate avocados into their portfolio of crops. This has brought new and exciting opportunities. The business expanded yet again to incorporate orchards and fruit packing facilities. We celebrated our first avocado harvest in 2017.

Ian and Jan's family has continued to grow to include son-in-law Italo, daughter-in-laws Crystel, Jarmille and Ann-Christin and their 12 grandchildren.